#1 Jessie - Collect Cherries Unlock!
To unlock Jessie from Toy Story you need to collect 50 Cherries as Bullseye (Toy Story).
#2 Lenny - "Toy Story 1" Set
Character in the Set: Woody, Buzz Lightyear, Rex, Slinky and Bo Peep.
#3 The Prospector - "Toy Story 2" Set
Character in the Set: Jessie, Bullseye, Wheezy, Emperor Zurg
#4 Mint in the Box Prospector -  Action Unlock!
To unlock Mint in the Box Prospector you need to unlock The Prospector first. Then play as Jessie (secret Character) and collect the mint in the Box Prospector figurine in the game. It appears occasionally in the game.
#5 Mrs. Nesbitt -  Action Unlock!
Play as Woody and find Mrs. Nesbitt somewhere in the Toy Story Word.
#6 Spanish Buzz - Daily Missions
This character can be unlocked by collecting 6 daily mission stamps.
#7 Big Baby - Action Unlock!
Play as Buzz Lightyear and look for a bottle. When you find it and die you will unlock the secret character Big Baby. 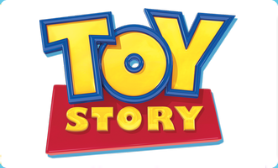