The new Disney Crossy Road October 2016 Update has just been released. This time it's all about the new Aladdin movie.
If you have any tips & tricks how to unlock Aladdin secret characters, please write us comments here!
NEW  #1 Pink Flamingo - Agrabah Royality Set
To unlock the Pink Flamingo you have to complete the Agrabah Royalty Set. Characters within the set: The Sultan, Jasmine, Jafar, Lago...

Special thanks go to YouTuber DaMobile Mob for providing a lot of the info!
Click here for all Disney Crossy Crossy Road Secret Characters 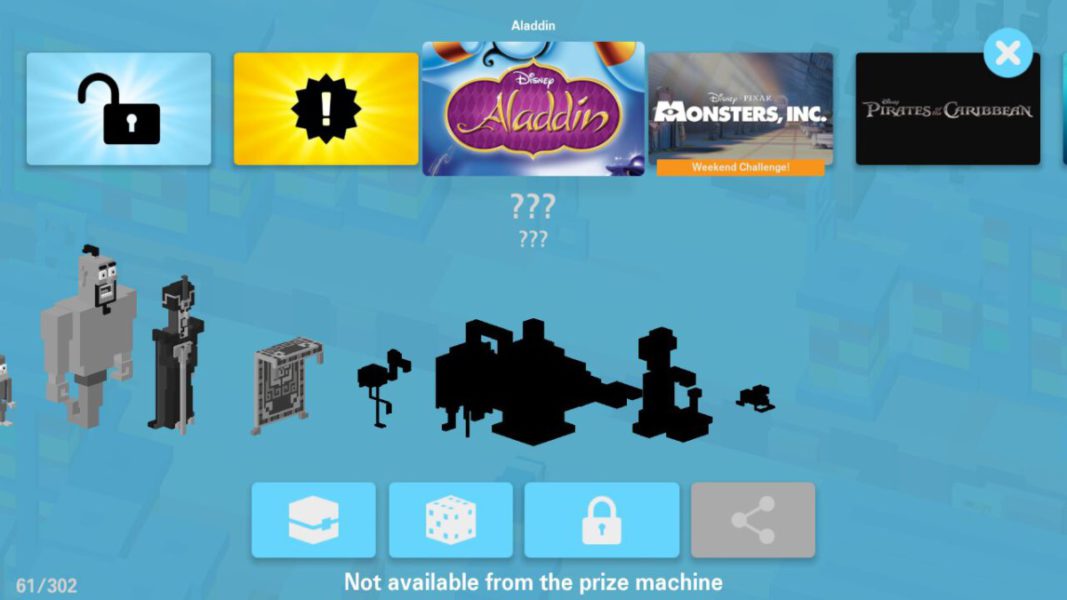